Recently my family blessed me with the opportunity to join them on a 7-day cruise to Alaska.

I was shocked that my parents had even suggested the idea, cruises aren’t really the DeMarco style. Normally we prefer to just fly straight out to our destination when we travel, instead of spending time in overpriced, floating resorts.

My father – in particular – is miserable on cruises; usually, they are entirely out of the question.

However, upon further research, we discovered that the best way to see Alaska’s amazing shoreline was by boat.

So away we went, to Seattle to board the Emerald Princess and sail our way to Alaska. 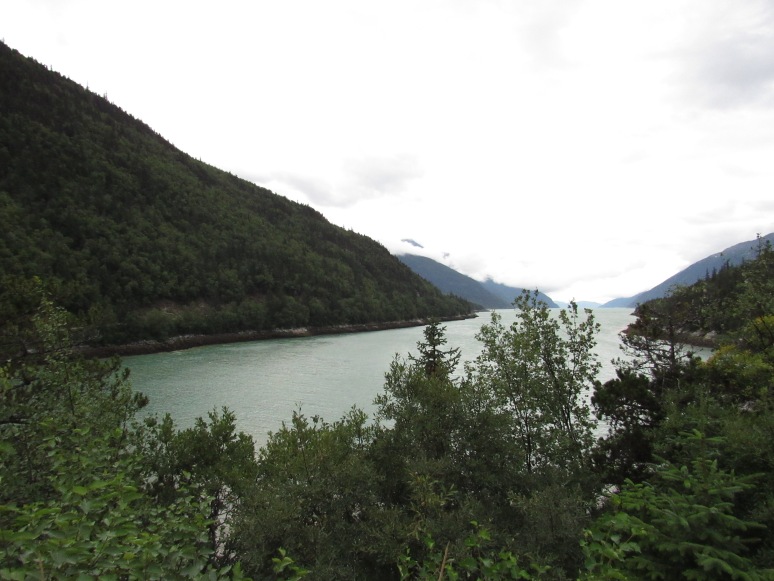 Within two hours of sailing out into open waters, my Verizon service bars went to zilch and the entire occupancy of the Emerald Princess was forced to enjoy the vast Pacific Ocean unencumbered by electronic devices.

The Emerald Princess Sailed through fjords, along coastlines, and next to pods of dolphins and whales. Mountains, green and ancient, emerging from the heavy cloak of fog that seemed to follow us everywhere we went.

When we finally got off the boat, we were met with small, seasonal Alaskan towns, like Ketchikan and Skagway. These towns – both historically preserved and lovingly tended to by their seasonal and year-round residents –  showed just how dependent these Alaskan gems are to the tourism industry.

Half, sometimes more, of the population would leave in October when the “summer” season was over. 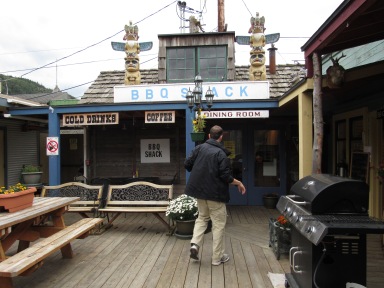 My brother sauntering into The BBQ Shack in Skagway where they serve elk and caribou burgers. 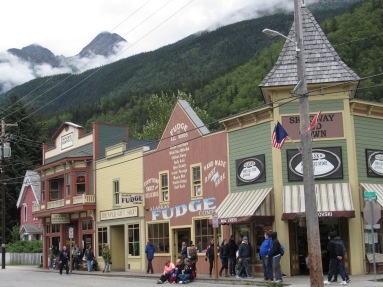 The “downtown” of Skagway is kept by the Nation Parks Service, and even the paint on the buildings has been tested for historical accuracy.

One waitress told me she gained 40lbs after moving to Ketchikan.

She plans to spend this coming winter in Maui.

Even the City Juneau had a year-round population of about 30,000 people and wasn’t even accessible by road. All around the city, the mountains jutted up into the sky like green looming guardians.

The Native American culture was evident in and around all of these Alaskan cities, and even made up 10 percent of the population in Juneau. Totem poles stretched upwards, tall as the trees. Native illustrations and drawings adorned buildings, t-shirts, coffee cups alike.

City meets forest, with no border in between.

The forests in Alaska are old.

Filled with Sika Spruce and Western Hemlock conifers, the green stretches on for miles, coating the hills. Some parts of the forests date back 400 years; when they were first uncovered by the glaciers that are perpetually receding.

The Glacier Bay National Park Rainforest is part of the largest temperate rainforest in the world, was known by the local Native American Nations as the “Land Where The Same Air Is Never Breathed Twice”.

And, trust me, you can feel it. 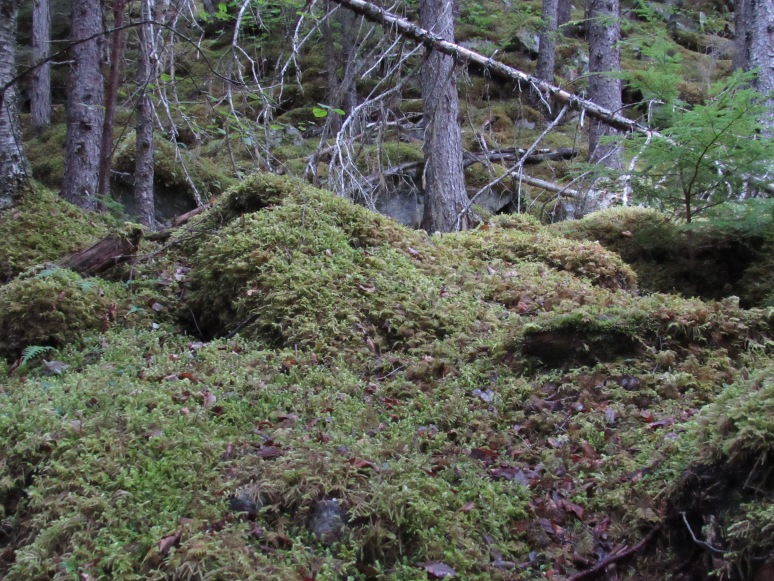 The forest floor is covered with a carpet of various lichens and mosses; preparing the glacial rocks and sediments for the coniferous trees that are sure to follow. 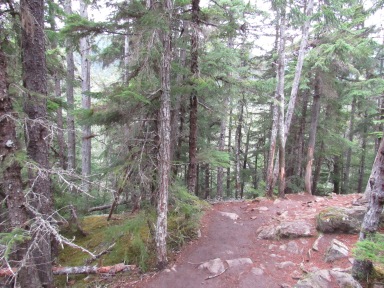 Hiking along the Chilkoot Goldrush Trail 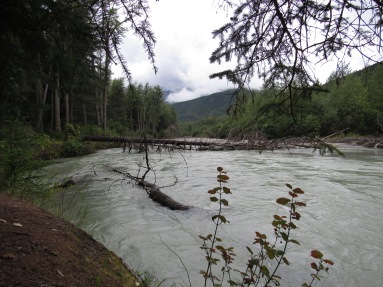 Alaska has no shortage of outdoor activities (which is sort of the reason that most people make the journey out to Alaska in the first place).

In the 3 days that my family and I were ashore, we successfully went mountain biking, hiking, rafting and even cold-water snorkeling in the Alaska wilderness. 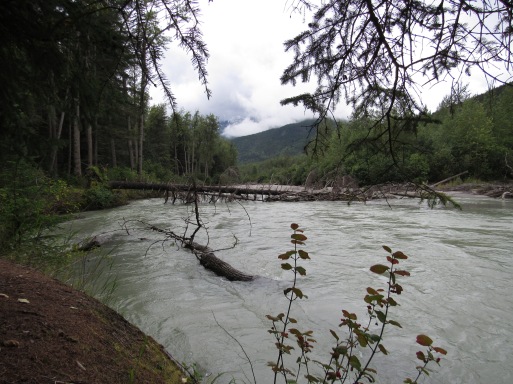 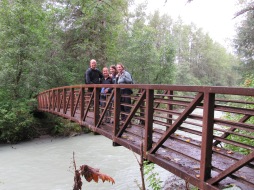 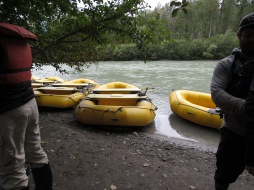 Seriously, as long as you dress in waterproof layers, the weather is hardly a deterrent to the hardy Alaskan tour guides, and they will be sure to remind you what a beautiful Alaskan day it is (no matter what the weather is doing outside).

Not to mention there a shocking number of pubs, restaurants, art galleries, and museums, for those days where you want to stay a bit warmer and a bit drier.

One of the most exciting things that I got to see in Alaska were the glaciers. 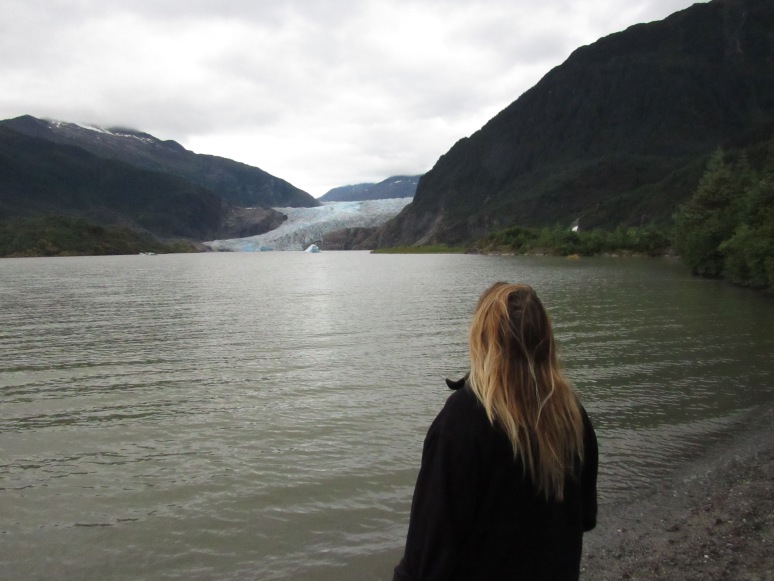 I am very honored and lucky to have had the opportunity to see them.

In order for an ice mass to be considered a glacier, it needs to (1) be a year round ice mass (2) be constantly in motion. Glacier ice is so super-compact, it traps all the light that enters it, except for B waves, or blue light. As a result, glacier ice has this noticeable, robin’s egg blue hue. 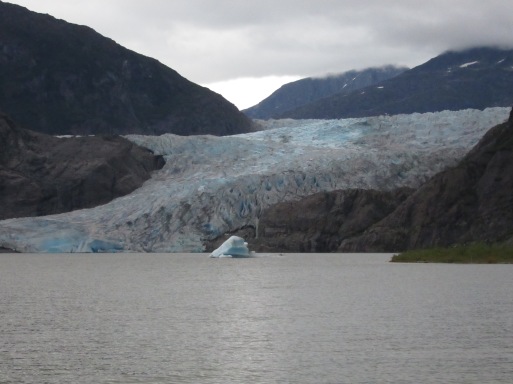 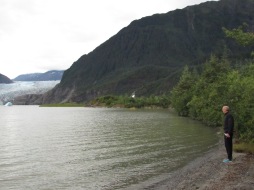 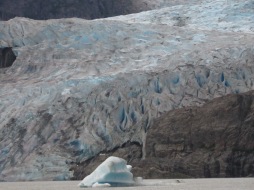 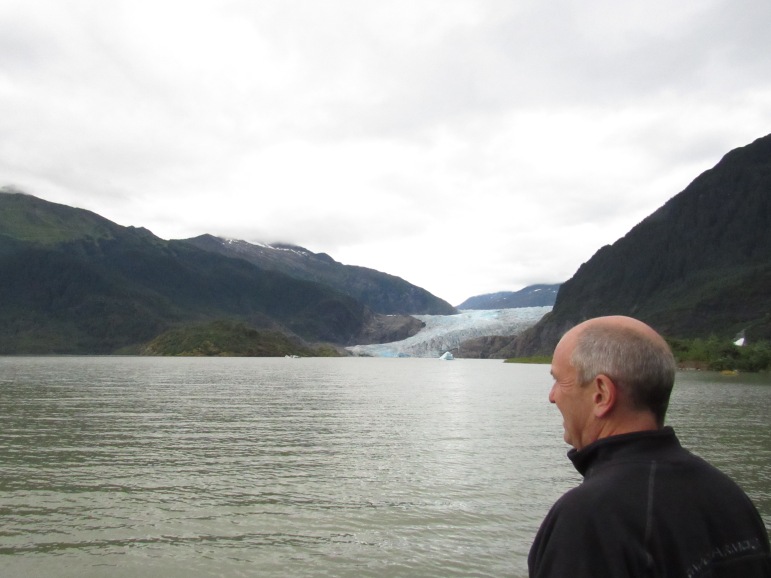 Glaciers are one of the world’s endangered species.

The states that based on current projections, within the next few decades (between 2030 and 2080), there will be no more sub-arctic glaciers on the planet.  A true tragedy considering that all of the watersheds and wildlife surrounding these areas are fueled entirely by glacial runoff.

In Juneau, they are peeking over the high cliffs and mountains that surround the city.

We were able to bike right to them. 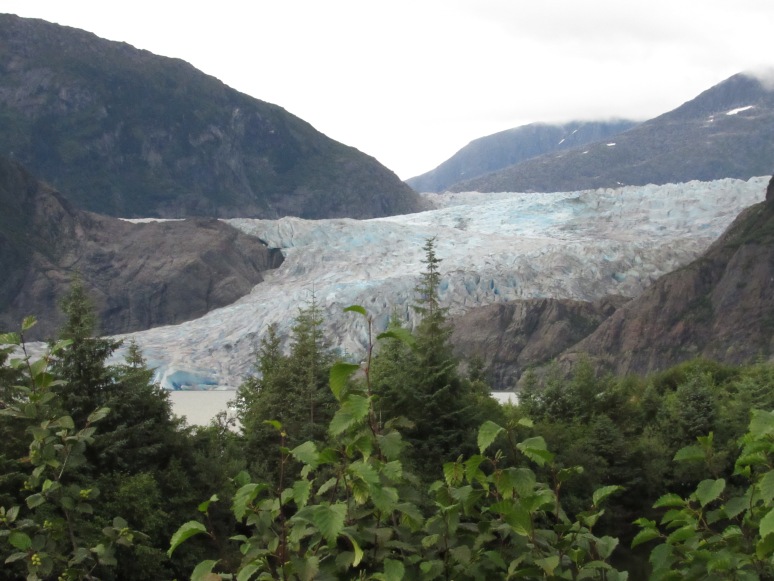 I was shocked to see how much life was present and thriving in and around Alaska’s forests and coastlines. Such an untouched expanse of green lush forests and heavy hardy rainfall.

It’s stunning to see and as long as you are properly dressed, it’s something any traveler can definitely handle (well at least in the summer).

I know I can’t wait to go back.